He is Board Certified in the field of Civil Trial Law by the Texas Board of Legal Specialization. He has been admitted to practice before the United States Court of Appeals, Fifth Circuit, Northern, Eastern and Southern districts of Texas, and Western District of Oklahoma. He is also admitted to federal practice in the Northern District of Florida and is listed in Marquis’ Who’s Who in American Law.

The noted publication of Texas Lawyer has recognized one of his victories as one of the “Ten Biggest” of that year and wrote of another subsequent win, when the Plaintiff had sought $50,000,000 for a tragic head injury and the jury found that Mr. Enoch’s client (a helmet manufacturer) was not at fault. On the Plaintiff’s side of the docket, he has helped his clients obtain, by judgment or settlement, multi-million dollar amounts for cases involving wrongful termination of employment to business torts involving investments in large businesses. Mr. Enoch also has also successfully helped families protect their loved ones in probate court from others who tried to financially exploit them and has defended attacks from others on their loved ones’ wills and trusts.

National Order of the Barristers

Who’s Who in American Law

Former Chairman of the Board of Dallas Area Rapid Transit (DART) 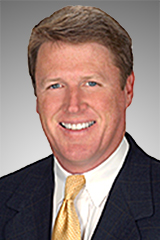