Mr. Peisen has extensive experience in the formation, acquisition, merger, and disposition of various business entities including corporations, partnerships, and limited liability companies. He has represented public companies in the issuance and sale of securities, in complying with the reporting requirements of the Securities and Exchange Act of 1934, and in proxy contests. He has also represented clients in the negotiation of a variety of other commercial agreements including employment and consulting agreements, licensing agreements, distribution agreements, and franchise agreements.

During law school, Mr. Peisen was a member of The Texas Law Review.

Represented a leading appliance rental business in the leveraged acquisition of approximately $15 million in assets that comprised the consumer rental business
of a competitor.

Represented the seller in the disposition of a metals recycling business in a transaction structured as a share exchange involving cash and assumed debt of approximately
$48.5 million.

Represented the area developer of a franchised business in connection with the sale of the developer’s rights back to the franchisor in a transaction involving approximately
$24 million in cash and notes.

Represented a Canadian natural resources company in connection with the restructuring of its United States operations using Texas limited partnerships.

Represented the owner of a closely-held distribution business in the sale of the company through an asset sale involving approximately $2.8 million. 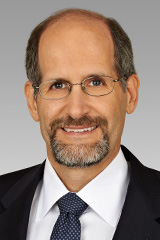